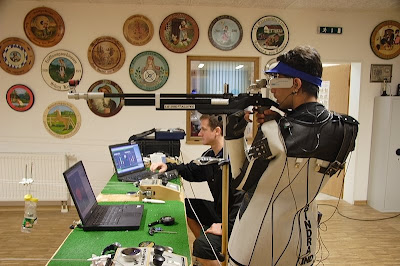 It was a privilege working with Abhinav, because of the quality of the feedback I got from him, and also because of the generosity of his sponsor, which allowed us undivided time together in 5 countries and 3 continents. I am a much, much better sports psychologist now than when I started working with him just 6 months ago. Sometimes learning so fast is scary because it makes you realize how much you don't know, but my father always used to say, "You've got to know what you don't know", and it's exciting to be in a field where there is so much to learn.
Posted by Biofeedback Federation of Europe at 11:06