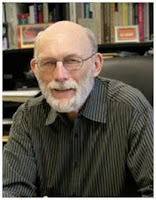 We are pleased to announce the return of Dr. Paul G. Swingle for the second webinar in a 4-part series:


Depression and Mood Disorders
April 21, 2010
4:00-5:00 PM EDT
During this lecture, Dr. Swingle will discuss the use of Neurotherapy in treating clients with depression and will address how conditions often considered untreatable by conventional health practitioners respond positively to neurotherapeutic treatment.

Paul G. Swingle, Ph.D., is a Fellow of the Canadian Psychological Association and was a Lecturer in Psychiatry at Harvard Medical School from 1991 to 1998. Professor Swingle was Chairman of the Faculty of Child Psychology at the University of Ottawa from 1972 to 1977, and Clinical Supervisor from 1987 to 1997. He has also taught at McGill University, Dalhousie University and McMaster University. He is a Registered Psychologist in British Columbia and is (BCIA) Certified in Biofeedback and Neurotherapy. Since 1997 he has been in a private practice in Vancouver, British Columbia. His most recent book, "Biofeedback for the Brain" (2008), was published by Rutgers University Press and has just been released in paperback.


Other topics to be presented as part of this series are:
This webinar, as well as the others in the series, is open to health care practitioners as well as the general public. To register, visit the Events page of our website. To view our press release, click here.

Posted by Biofeedback Federation of Europe at 16:01